As we have all been confined to our homes over the past three months, due to the novel coronavirus pandemic, video conferencing has become the ultimate new alternative to face-to-face interactions.

Over the past few months, we have seen conferences and concerts take place online and we have relied upon video conferencing platforms, namely Google Hangouts and Zoom, to ensure business continuity and social distancing.

The video conferencing market is an ever-evolving yet fragmented one. As more and more people were confined to their homes, Zoom’s popularity rose exponentially. The platform is very simple to use and can host calls with up to 100 participants. Apple’s Facetime can support a maximum of 32 people in a group call while Facebook Messenger can support around 50 people, hence placing Zoom at a unique competitive advantage. Rumors were also being circulated that WhatsApp was planning to introduce a new feature which would essentially enable group calls and exceed the current limit of 4 users per call.

However, Zoom had quite a major security breach earlier this year which caused some corporate customers to rely on other options. In order to maintain its position in the market, Zoom will have to consistently innovate its offerings and solutions.

As for other key market players, Google Meet has surpassed 100 million daily active users and is experiencing an average of three million new users every day. In May 2020, Microsoft Teams and Google Meet surpassed 50 million downloads.

Facebook also very recently launched ‘Messenger Rooms’ which hosts up to 50 users, even those without a Facebook account. The tech giant reported that over 3 million people signed up on the first week.

Remote working as the new norm

However, people are beginning to realize that video conferencing can be quite a poor substitute for face-to-face meetings and that it is not a long-term solution.

Many companies are beginning to realize that the post-pandemic world will be a very different place. Twitter has already announced that its employees will be working from home forever whereas Google and Facebook said that their employees will be working from home until 2021. This is a tremendous change as many other companies are expected to follow suit.

Apart from emails, other modes and platforms for communication in a professional context have already been introduced such as Slack and Discord. These apps have been deemed collaboration enablers however, it seems that these are just varying means of communication as opposed to collaboration.

When it comes to collaboration, employees actually need the presence and agency that you would normally have in a real-life conference room. Face-to-face communication is a key driver for collaboration and innovation to work; humans are stimulated by human contact and therefore, people need and want that type of engagement.

AR and VR: a new era of communication

It could be argued that conferences as we know them will be forever changed for the conferences we are used to were actually built for a world that will no longer exist when the effects of the pandemic begin to subside. Conferences are a $62 billion industry and they fuel other industries such as hotels, airlines and catering, among others.

Their economic importance aside, they are simply optional when you consider the technology we have available to us today. Albeit the industry has been completely and absolutely disrupted by technology, it still continued to grow because many vital qualities of these events were difficult to replicate in the online space. However, with the prospect of AR and VR, conferences will be able to replicate some of those elements.

This could also be applied to business meetings and even social gatherings which have been happening via VoIP platforms.

Companies across the world have now opened themselves up to explore new options and see the potential that technology holds so what better time to incorporate immersive tech into these environments than now?

With the advent of 5G, it is very likely that we will begin to see AR and VR technology seep their way into the industry. Adding more value and consistently innovating the virtual meeting space have never been more crucial. Venturing into 3D experiences may well be the next best choice.

Many startups have capitalized on this possibility and have begun to create their own AR/VR platforms to further communication.

Sweden-based startup ARcall has placed itself at the forefront of innovation in this field by creating a new mode of communication which uses Holograms in Augmented Reality, via your smartphone or AR glasses.

When asked about how AR would fit into the space of video conferencing and remote working, Magnus Willner, Founder and CEO at ARcall said, “People often get bored when they are on video calls, especially with the volume of video calls which take place per day, it can become quite tedious. However, AR improves and enhances the feeling of remote presence.”

Using AR could ensure that the person you are chatting with will appear in a Hologram in your very own physical space.

Wilner added, “When you put on the AR glasses and connect them to your phone, you will see your room through the glass and when your friend connects, they will show up in your very room and it is a completely different experience. It is essentially a scanned and animated version of yourself and your movements which is sent over the cloud.”

Indeed, the awkwardness of video conferences in 2D, with people talking over one another while others experiencing microphone, camera or connectivity issues, it is simply not ideal.

In a recent Twitter conversation, author of The Creative Curve, Allen Gannett, said, “Virtual conferences are sort of exhibit A. It’s like watching YouTube at a pre-scheduled time. Virtual concerts same thing. There’s a lot of things that could/should/will be done that utilize interactivity and other features of digital imo [in my opinion].”

In fact, since the pandemic hit, quite a few conferences were held in AR and VR, one of which was the IEEE Conference on Virtual Reality and 3D User Interfaces last month. This conference was held on Hubs, Mozilla’s VR platform.

Blair MacIntyre, Professor and Director of the Augmented Environments Lab at Georgia Institute of Technology and Principal Research Scientist at Mozilla, has said that the response of that conference was indeed overwhelmingly positive. He, however, stated that VR is more compelling for smaller meetings.

“The video calling stuff breaks down beyond a few people, because you have this big grid of tiny faces. The full range of social cues, from posture to eye gaze to facial expressions, things like head nodding and hand gesturing- they all convey crucial information,” said MacIntyre.

Such information on social cues is undoubtedly much easier to get cross in VR. The latest in VR can track hand and head movements via inertial sensors in the headset and handheld controllers as well as cameras.

Spatial, a startup which has developed a holographic collaboration platform, raised $14 million in investment. The platform turns virtual video meetings into an interactive VR 3D experience. The VR/AR platform for collaboration launched free and unlimited access to its premium services last month due to a 1000% increase in demand, according to Spatial CEO, Anand Agarawala.

“Now is a time when feeling connected is needed more than ever, and while video chat is great, it just doesn't replace people collaborating in the same room,” he said.

Adding that, “Over the last few weeks we’ve seen a surge in interest for Spatial’s services, ranging from Fortune 1000s, to schools and hospitals, to SMBs. We really wanted to respond to the global need and make Spatial Enterprise freely available to serve as many people as possible as we all navigate new territory with home and work life.”

The time is indeed ripe to venture into this space as we have never been and never needed to be more connected than we are right now as a collective society. 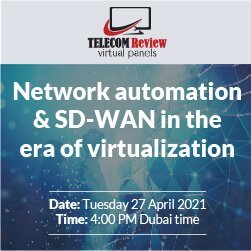