UAE: A hub for digital economy

Adopting the UAE digital economy strategy, His Highness Sheikh Mohammed bin Rashid Al Maktoum said that the goal over the next 10 years is to increase the contribution of this…

The Corona virus-laden two years drastically transformed how the world operated and functioned. Both governments and their citizens were compelled to go through circumstances that had not been figured in…

The world’s first fully regulated carbon trading exchange and carbon clearing house is set to be established in Abu Dhabi, the capital of the UAE.

UAE: A hub for digital economy

Nokia to set up private wireless network for high-speed, low-emission rail in India

NTT Smart Solutions to be deployed for smart parking in Nevada

A $400-billion new city in the heart of American desert

Smart Cities World Forums secured an exclusive interview with Dr. Tang in an effort to explore the visions and goals of the Smart City Consortium and find out more about the smart city projects and programs it's engaged in. In a fascinating and in-depth interview, Dr. Tang explains how the primary objective of the Smart City Consortium is to enhance the quality of life for citizens in Hong Kong by creating a vibrant ecosystem through the application of technology in an effort to make Hong Kong the 'smartest city' in the world.

The SCC (Smart City Consortium) was established two years ago in an effort to promote Smart City development in Hong Kong. Can you highlight some of the major Smart City projects and initiatives that the SCC has successfully executed in that period?
Three years ago, a Smart City Expert Group of 20 people from different professional fields gathered together to push forward the development in Hong Kong. Eventually, it established to be a non-governmental organization - Smart City Consortium (SCC) - in 15 March, 2016 with over 200 corporate and individual members just one year afterwards.

Apart from signing 25 memorandums of understanding with 12 countries and regions, as well as organizing and supporting more than 250 events and activities over the past two years, SCC has accomplished and is working on a few key projects as listed below:

Since its inception, the SCC has signed over 25 MoUs with twelve countries. However, can you tell us more about your collaboration with LinkedSmart - and what the primary objective of this partnership entails?
The primary objective of establishing LinkedSmart (https://linkedsmart.org/) is to create a good ecosystem for startups. The platform is jointly formed by SCC, Smart City Development Alliance of China, and Guangdong-Hong Kong-Macao-Bay Area Economic and Trade Association.

The goal of this business matching platform is to connect the world's investors with startups and further leverage on Hong Kong's advantages as an international financial center to promote innovative technology (innotech) development. However, a successful innotech ecosystem depends on a wide range of attributes of which the four core ones are talent, capital, policy and demand.

Hong Kong has very good rating in three of the above core attributes, i.e. talent, policy and demand. Our post-secondary education output is of high quality with highly commendable universities within the top 50 in the Times and QS World University ranking. The teaching of the subjects like engineering, science, technology and computer science are particularly outstanding. The latest Policy Address and Budget have rendered strong support to the development of innotech. China with its 1.3 billion population presents a huge market demand for any useful innovation.

But capital for startups in Hong Kong remains an issue as they have repeatedly voiced the difficulties in raising necessary funds. Meanwhile, Hong Kong has abundant capital that is the reason why we develop an intermediary to bring together startups and investors.

Currently, more than 30 international investment organizations and almost 300 startups have expressed interest to join the platform since establishment in late January this year.

Smart City 1.0: technology-centric. It is characterized by technology providers encouraging cities to adopt their solutions when they have not fully appreciated how technology can improve their quality of life. One of the examples is South Korea's Songdo which is a purpose-built smart city, designed for efficiency and convenience. Unfortunately, even though it is located close to Seoul and its international airport, the new development remains woefully under-occupied since its official launch; with far less than half of the commercial space in the district being occupied. 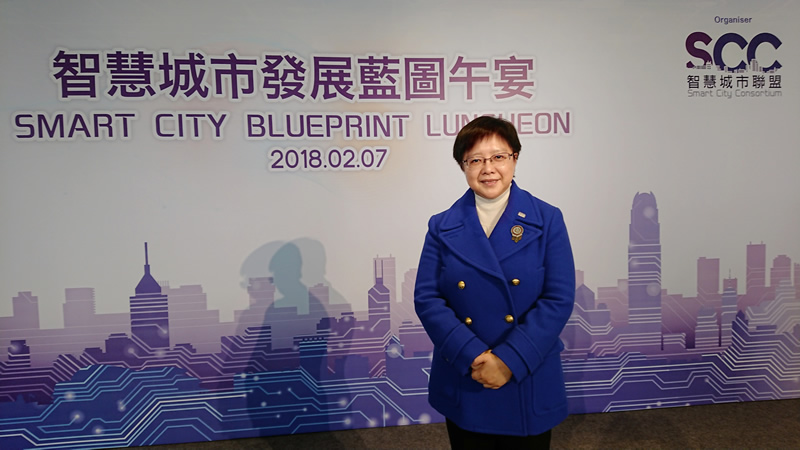 Smart City 2.0: technology enabled, city-led. City administrators increasingly focus on technology solutions as a means to solve their problems and improve the quality of life. One example is the Rio mayor's installation of a sensor network to mitigate the damage caused by landslides in the hillside favelas. It was later integrated with a central operation center for crime detection and prevention, as well as emergency services administration.

Smart City 3.0: citizen co-creation is the key characteristic. One smart city project in Vienna, for example, is a partnership of its citizens with the local energy company, Wien Energy, through which Vienna included its citizens as investors in local solar plants as a contribution to the city's 2050 renewable energy objectives. Meanwhile, researchers in Jakarta have developed a real-time map of flooding by crowdsourcing flood reports from Twitter to monitor severe annual flooding of the city during the monsoon.

Crowdsourced data is also a powerful approach in solving traffic congestion which has cost each passenger in Hong Kong more than half an hour a day, 145 hours a year on average, according to a navigation company TomTom. If we can provide an open platform for real-time traffic data updates from all sources, such as sensor system of the government, mobile telephone operators and citizens, it can provide comprehensive insights into micro and macro traffic situation. Then commuters can adjust their routes or transport mode, and the authority can also make long-term planning accordingly, whether a neighborhood needs more frequent, commuter-friendly bus service, a new train line or a bike-share station.

In the United States, a lot of cities are looking at on-demand mobility services and autonomous vehicles in an effort to combat urban congestion. What measures do you think Hong Kong will implement in a bid to make its public transportation service 'smart'?
Traffic congestion is definitely a pain to Hong Kong. The autonomous ride-hailing service or robotaxi is believed to mitigate the situation as computers will be more effective in controlling speed. The service also requires no parking space as in the case for private car owners and generates less air pollution due to the use of electric vehicles. Equally important is that the new service could save each Hong Kong private car owner half of the annual car expenses of up to HK$50,000 (US$6,376), according to UBS, an investment bank.

To get prepared for this smart mobility trend which is expected to be mature in the next 10 years, instantaneous availability and accuracy of data and its precise interpretation are crucial. As such, the Hong Kong government should keep autonomous driving in focus.

For example, the smart lampposts mentioned by the Chief Executive in the Policy Address should be considered as a key device to release and receive spatial data, and play an important part of the common spatial data infrastructure. Due to the high density of buildings in Hong Kong, the locating system may experience significant errors and inaccuracies, smart lampposts, in conjunction with the wider application of the Internet of Things and 5G, can provide accurate location-based data in the future. These are fundamental for the feasibility of operating autonomous vehicles.

The government should also encourage R&D efforts in the academic and research fields, as well as startups to develop applications and trials. One of the challenges we have to address is our unique road conditions. For example, we have closely spaced road junctions which provides a shorter reaction time for the road users to react, there are many more kerbside activities, for instance, people pushing large wooden trolley on the road, which can be confusing to smart mobility device. Some roads are narrow and not brightly lit.

Internet of Things, Artificial Intelligence and Blockchain are all being touted as the emerging technology trends set to make a big impact in accelerating digital transformation in 2018. Which of these technologies do you feel will help accelerate the development of smart initiatives in Hong Kong?
Three emerging technology trends are closely linked together and they are going to make a big impact to the world. But I think Internet of Things (IoTs) will be the most relevant to Hong Kong in the near future.

The IoT can simply be defined as a digital network consisting of automated sensing devices; their main function is to retrieve data from the surroundings automatically and send them back to the central system for further processing and analysis.

IoT has been applied in a variety of public infrastructure in Hong Kong, such as the Water Supplies Department using sensors in the water supply network to detect water pressure for enhancing maintenance efficiency and reducing water wastage due to leakage; the Transport Department deploying sensors at busy road junctions to monitor traffic conditions; the Customs Department using electronic locks and a global positioning system (GPS) to monitor the clearance of goods in and out of the Mainland, etc.

However, we need to do a lot of preparation for Hong Kong to harvest the value of IoT and help accelerate the development of smart initiatives in Hong Kong. These include:

At the same time, IoT can also help reduce the ageing population burden which is one of the most pressing issues in Hong Kong.

We currently have a queue of 32,000 elderly citizens waiting for nursing homes. Equally worrying is that there are over 18,000 new cases of elderly citizens diagnosed with dementia each year. Our present senior care and healthcare systems have been under an escalating amount of pressure. To address the problem, smart health monitoring by IoT is a proactive approach. Using a smart IoT network to monitor an individual's real-time health with a link to his/her family, doctor, clinic and hospital can provide a comprehensive health management. This can also greatly reduce the burden and fatigue of caregivers and family members.

What are the primary objectives and goals of the SCC in 2018?
As SCC's vision is to develop Hong Kong as a world leading smart city, enhance quality of life and create a vibrant ecosystem by applying information technology, we shall continue our role as a platform for the Government, technology partners, academia and commercial organizations, locally and internationally, to collaborate and exchange ideas relating to smart city issues in 2018. 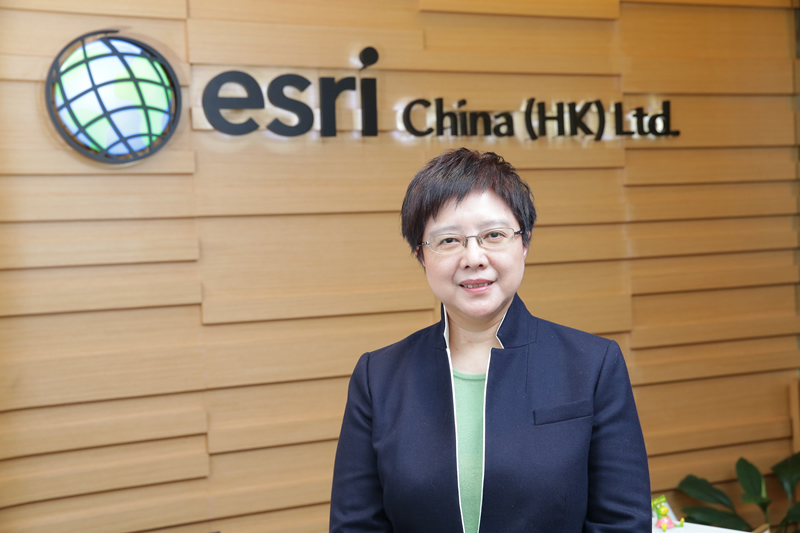 In particular, we'll focus on assisting the Hong Kong Government by advising how the tasks mentioned in the Smart City Blueprint can be carried out efficiently and effectively. In addition, development of LinkedSmart, a business matching platform, and Global Smart City Consortium, a worldwide innovation platform to promote internationalization and commercialization of smart city technologies as well as co-operation are also SCC's key projects in 2018 and onwards.

Notably, SCC has been undertaking the following few projects this year: