Apple CEO Tim Cook has confirmed that the technology colossus is now focusing on the development of autonomous systems as they join the global race to develop the technology for driverless cars. In an interview with Bloomberg, Cook described the challenge of building autonomous vehicles as 'the mother of all' artificial intelligence projects.

Apple's CEO said that the multinational corporation which is headquartered in Silicon Valley is dedicating a lot of its available resources into developing technology to control driverless vehicles. In addition to this, Cook also refused to rule out the prospect of Apple manufacturing its own self-driving car at some point in the future. Apple's rumored involvement in the self-driving sector has been shrouded in secrecy - but this is the first time Cook has publicly signaled his intent in relation to the development of autonomous systems.

This announcement comes in a week in which US tech firms including Apple have seen its shares come under pressure following concerns raised by investors that a sector-wide boom is currently losing steam. Many analysts believe that Cook's statement on self-driving technology was an attempt by Apple to restore faith in the company's ability to expand into a new territory.

In an interview with Bloomberg TV, Cook conceded that the innovative project will probably be the most difficult AI projects to actually work on. He said: "We're focusing on autonomous systems. Clearly one purpose of autonomous systems is self-driving cars. There are others. We sort of see it as the mother of all AI [artificial intelligence] projects. It's probably one of the most difficult AI projects actually to work on."

When reports first surfaced regarding Apple's emerging interest in self-driving technology, it was initially suggested that the tech leaders were planning to challenge the automotive giants of Detroit, who are racing to build their own self-driving vehicles. However, that theory was dismissed, following the decision to place Apple veteran, Bob Mansfield in charge of a program entitled 'Project Titan'.

Whilst Cook was particularly forthcoming about 'Project Titan' his remarks appeared to suggest that Apple's primary focus on AI technology could potentially be sold or adapted for use in other industries. Cook added: "We're not really saying from a product point of view what we will do, but we are being straightforward that it's a core technology that we view as very important." 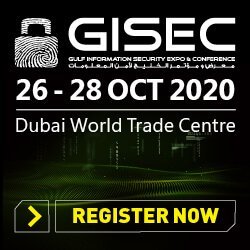